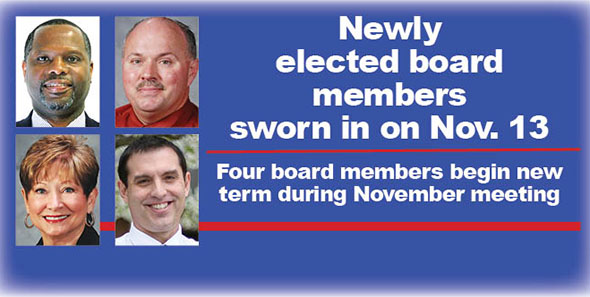 Three current board members and one new board member were sworn in Nov. 13 by County Clerk of Court Jeff Hammond during a drop-in honoring their elections.

Ken Buck was elected from District 7 and is serving on the board for the first time.

“Our board members work hard to make sure they put our students first in every decision they make,” superintendent Jonathan Phipps said. “We’re pleased to have Ms. Dabney, Mr. Parker and Mr. Stroble continue their service to our district ,and we’re excited about welcoming Mr. Buck to the board.”

The board members were sworn in at 5:15 p.m. during the drop-in.