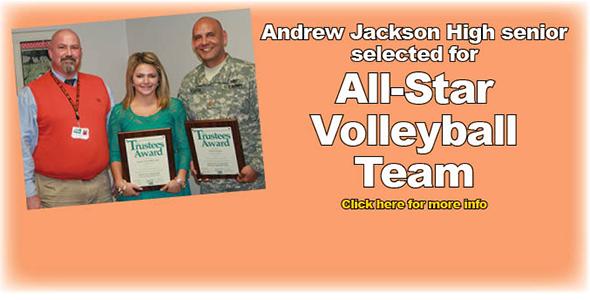 On offense, Taylor had 15 serving aces.
She was team captain and a member of the 2012 and 2013 undefeated Region Championship teams and the Upper State Championship team.
She was named this year’s Andrew Jackson High Defensive Player of the Year.