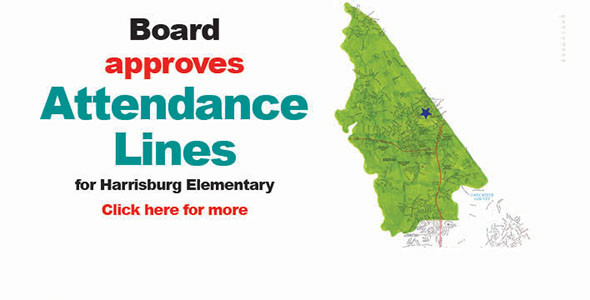 The Board of Trustees approved the attendance boundaries for the new elementary school on Harrisburg Road during the board’s December regular meeting.
Transportation director Bryan Vaughn reviewed the proposal and reported that he had received no comments about the proposed attendance lines, either by phone nor at either of the times he was at the existing Indian Land Elementary to answer questions on the proposed lines.
Superintendent Gene Moore noted that the proposed lines met the district’s goal of creating an attendance zone for the new school that had clean boundaries and its goal to evenly distribute the student population between the new school and Indian Land Elementary.
Based on current enrollment projections, the new school would open with 760 students. The school’s capacity will be around 980.
Projections indicate Indian Land Elementary would then have 820 students. The school’s capacity without mobiles is 1,000.
Below are