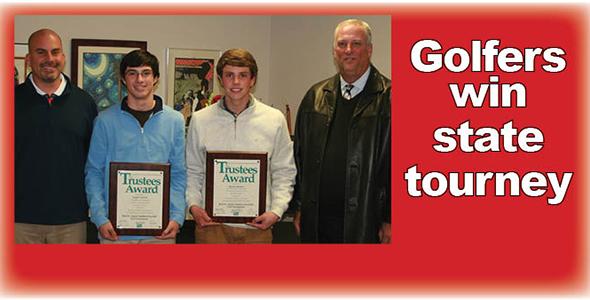 Andrew Jackson High junior Logan Sowell and Lancaster High freshman Brady Hinkle teamed up to win the 20th Annual S.C. Junior Tradition Four Ball Tournament in Greenville in October.
Hinkle and Sowell topped the 34-team field with a four-shot win, shooting a 130 (62-68) over two rounds.
The win marked the first time a male team from Lancaster County won this event.
“We commend you both for your hard work and dedication to a sport you obviously love,” school board chair Bobby Parker said. “We look forward to seeing more great things from you both in the future.”
Hinkle is coached by Scott Beaty, and Sowell is coached by Champ Williams.